The Asamblea Nacional Española is born

The Asamblea Nacional Española is born on July 23, 2018

In article 3 of the statutes of the ANE (ASAMBLEA NACIONAL ESPAÑOLA) the purposes of our association appear:

The aims of the ASAMBLEA NACIONAL ESPAÑOLA will be:

a) Encouraging the participation of citizens in the media of social communication whenever they tend to the promotion and dissemination of the idea that any recognition, by any means, of the values ​​of EQUALITY among Spanish citizens, VERACITY of historical, economic and journalistic information , PLURALITY of individual or collective political ideology and FREEDOM to exercise the rights that assist us as citizens of the Kingdom of Spain.

b) Facilitate the relationship and communication among our associates.

c) Promote and encourage the meeting with professionals and businessmen, as well as other associations, foundations and non-profit entities, for the fulfillment of the purposes of our association.

e) Active participation in the field of social networks and mass media.

f) Promote, disseminate and defend the convenience, necessity, usefulness and convenience for the Common Good of a united Spain within the European Union and of a democratic and plural Europe, this unity and solidarity being an essential guarantee of the effective exercise of our civic rights and inalienable framework of coexistence and freedom.

If you want to know more about our Association, you can consult our statutes. ANE STATUTES. 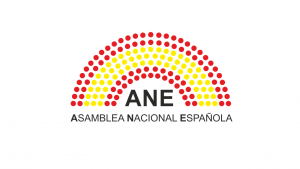 There are no comments yet "The Asamblea Nacional Española is born"